We are always on the hunt for great pieces!

We are very approachable and would love to speak to you about your stuff. Feel free to call, email, or fill out this form and we will get in touch as soon as possible. Please note: We do not sell or share your email or phone numbers. All personal information is strictly used by SMG War Relics for communication regarding your items. We do not add email addresses to any mailing lists.

Want to know when new items are going to hit the site? Special deals? Fun Militaria discussion? Download the MeWe app located in your app store on your device. Then find us here: https://mewe.com/join/smgwarrelics
“We don’t store or save your email and phone numbers for privacy reasons, so this is the ONLY way to know when new stuff is coming in!”

Any questions, check out our FAQ’s

WHAT DO WE BUY? 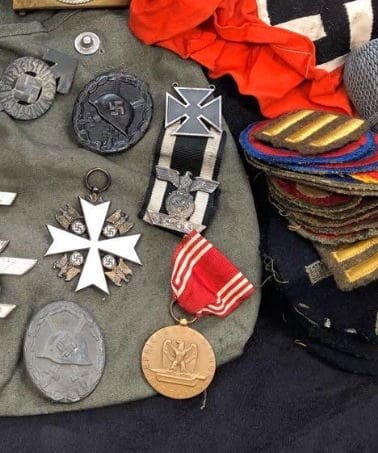 We often buy full collections of mixed items that other dealers prefer to cherry pick. If you are looking to get rid of it all in one shot, we can help you. 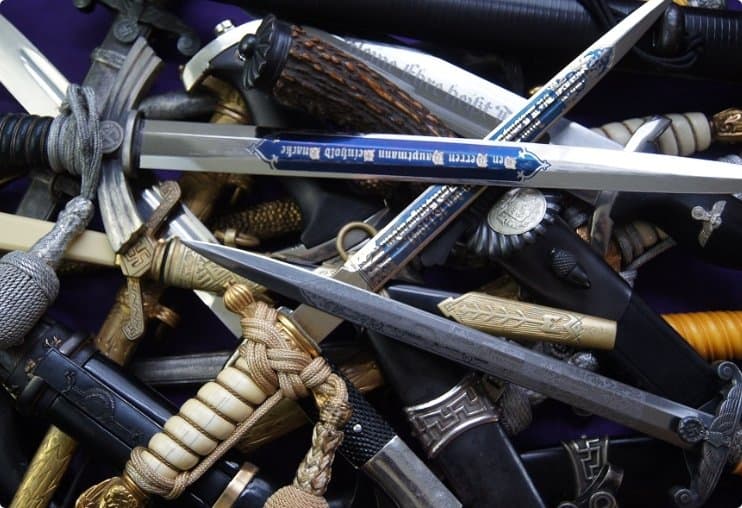 If you have one item and it has just been shuffled around for years in a drawer, give us a call! One pin, one medal, one sword, one patch… makes no difference. 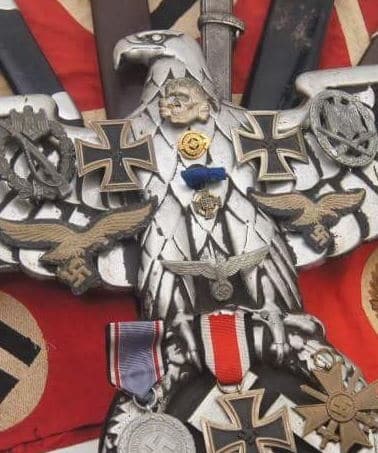 While we focus on german militaria, we also buy US militaria from all periods as well as items from other countries and wars. Whatever you found, send us a picture and lets see if we can make a deal! 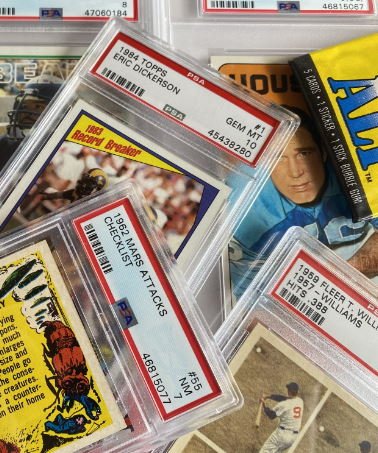 We have a strong understanding of the vintage card market and are always buying ungraded sports and non-sports cards. We can help out with vintage toys and many other collectibles as well. Many times, all this type of stuff is found in the same attic, so we have learned how to value almost everything.

Who we buy from?

We buy from other dealers, advanced collectors and our favorite is to buy straight from the original owner or family member. There is nothing better than looking through old dusty boxes and trunks looking for amazing collectables.

So invite us in… maybe we can give you some money!

Since sometimes it can be hard to sell items relating to Nazi Germany via other means (ebay etc.) we can offer you a place to put your items up for sale for a reasonable commission giving you direct access to collectors. We will take care of the pictures, listing and the sale, you just cash the check!

We can also auction items for you on eBay, as long as they have no swastika. This is a great solution if you do not have time to wait for a item to sell or have the time and experience to make the most out of your items.

Who do we sell to?

This question comes up quite often. It is natural to have some concerns due to the nature of some of these items. Most of our items are going to collectors who appreciate the history and collectability of the items. What may give you goosebumps is often desirable for a history collector. Items are going to new and advanced collectors, students, teachers, doctors, lawyers and your average mom or dad that has an interest in history. We also sell to museums, professional historians, research authors and other militaria dealers.

We offer a five day inspection period. You may return an item for any reason* if you contact us within five days of receipt of your item. You must pay return shipping and your initial shipping is not refundable.

*The item must be in the EXACT condition that it was sold to you. If you crack a grip by disassembling or reassembling your dagger for instance, you own it.

What is your guarantee?

We guarantee all items to be authentic and produced in the time period described or assumed in the description. If an item is sold and it is the opinion of another reputable dealer, knowledgeable collectors, authors or researchers, that the item is not correct, SMG must be sent verifiable evidence within 1 year of purchase.
SMG is not liable for items that were previously thought to be correct by the militaria community that, one year after the sale, have been deemed other wise by any party.

Do you have a physical location?

No, we do not. We do set up at the MAX show and the Show of Shows. Follow us on MeWe for more info videos from the shows. SMG is always the friendliest and most inclusive table at the shows.

What are your qualifications?

Firstly, we do not pretend to know everything. However, over the years SMG has proven to the collecting community to have a stellar reputation. We are honest and often times lose a sale because we inform the purchaser that the item they are interested in may not be the best item for their budget or collecting goals. You are welcome to come check us out on MeWe and interact with hundreds of people that have purchased items from us to get a better comfort level. Many people like to give us a call or meet at a show before they buy from us, and that’s fine! Dante Gambino is a Lifetime Ohio Valley Military Society Member, which is a testament to his dedication to the hobby and not being a “fly by night dealer”. As the son of a notable high end dagger collector and dealer, Sterling “Chip” Gambino, Dante has been around the hobby since he was a kid. As it was with Chip, integrity is the foundation of how business is done at SMG.

Why don’t you have “this item” or more of “that item”?

Newer collectors sometimes don’t understand that although not everything is rare, we cannot simply walk down to the local militaria warehouse and load up on new material. We rely on establishing connections with sellers and following up on leads. If it made financial sense to buy everything that came our way, we would. There has to be enough meat on the bone for us. If every person wants full retail for their iron crosses, then there is a good chance we won’t have too many to offer. We also don’t “cherry pick” most collections. So we get a lot of different stuff! Many dealers don’t like to bother with the other stuff, but we like it! We believe in having
a large inventory that is not exclusive to people with tons of money. Want a dagger but only have $300 to spend? We got you! Want a dagger and have $3,000 to spend? We got you too! Just starting out and want to get into $20 tinnies? We got you! So, while we cannot say all our stuff is “top-shelf”, we can say that we have a better mix and selection then just about everyone!

Do you ship internationally?

Hell yeah we do! We send a ton of stuff to Canada, the UK and Australia! We don’t ship to Russia and Italy due to integrity issues within those postal systems. We don’t recommend shipping items to south America either, as the lead times are counted in months, not weeks or days. Most of Europe seems to be fine and runs about a 2-3 week lead time. When an item is shipped internationally, we cannot guarantee anything. It is a risk you must be willing to take. If your $600 dagger doesn’t show up, and its stuck at an international postal service, we can’t do anything about it and unfortunately, you get stuck with the loss. So please keep that in mind. US domestic orders are trackable and often insured, so there is little to worry about. It is perfectly legal to ship knives and daggers domestically. International laws vary, and it is the PURCHASER who is responsible for know their local laws. We are not liable for seized merchandize.

Do you buy/sell reproductions?

We don’t buy fakes or reproductions intentionally. We do get them mixed in collections and we cull them out, stamp a “R” on them and put them in the reenactor’s corner for a few bucks. Throwing them in the garbage isn’t going to stop the market demand for fakes, so it’s a good opportunity to offer a reenactor something they can use for a cheap price. We DO throw out fantasy items that are completely bogus and have no historical evidence of even being produced. It’s a sad reality of our business, but we hope that through knowledge and honest practices, you can avoid many collecting mistakes.

I have something with no provenance of being what I was told it was, why won’t you buy it?

Listen, man. If I had a $10 bill for everyone that said they had something from Hitler, Himmler, Goering, Patton, Churchill etc. I would be driving a Lambo. The truth is, only a tiny percentage of such things have any merit. I can buy your item, for what it’s worth, not for where you or a vets family member says it has been. If you want to sell a story to someone, we can’t help you. “It came from a vet so it must be good!” is a bunch of crap. What many people don’t understand, is that reproductions were being made right after the war ended and sold to vets as “real”. So yes, the VET brought home a fake. Vets also purchased fakes when they got back home, knowingly or not, and they got mixed in with the good stuff that they brought back from the war. It happens often. My favorite reoccurring story is Grandpa killed a german and got this stuff” and then I see a pile of unrelated items like tinnies, unissued patches and items form multiple organizations. Suuuuure he did. Not every vets story was legit, but they sure sounded good to the kids! We don’t sell stories here. Sometimes we include them if they seem like there is some merit to them or even a real chance of being true.